Vodafone – The “Happy to Help” pug needs your help!

Vodafone was founded by Ernest Harrison & Gerry Whent in 1991 in the UK. Harrison started his career as an Accountant on a salary of mere £650. Later he went to the Chair of companies like Racal and Vodafone. Using the Acquisition route, Vodafone expanded globally into 65 countries in Americas, Europe, Asia, Middle East with a multi billion dollar balance sheet and a global dream. In 2007 they entered India by acquiring Hutchison Essar for around $ 11 Bn.

The Indian acquisition was assessed at a $ 2.5 billion tax over its acquisition of Hutch’s Indian assets in 2007, a demand that Vodafone contested. In January 2012, the Supreme Court ruled that Vodafone is not liable for any of these taxes and the matter ended. However, in February 2016 a renewed demand of tax for £1.4bn was raised as the government changed the law from backdate to allow firms to be retrospectively taxed. All these times, Vodafone performed as a leader of the segment providing employment and telco services to the country.

Certain changes happened and the leader has moved to a near bankrupt situation. The share price which used to be Rs 125 in April’15 is now hovering around Rs 5 and the company no longer ready to financially support the operations any further. In Septmeber’19 the company’s Revenues halved and they posted a loss of Rs 50,000 crs post adjusting unpaid government fees and charges.

Just to share a perspective, out of the outstanding License fee of Rs 19824 crs, Rs 4785 crs is the actual fee and rest is penalty and interest as of Sept’19. Given the weak operating performance, the company's ability to raise fresh funds is low and their further existence is dependent on significant and timely relief package from the government.

Indians' Love for Free Lunch: Somehow we develop a soft corner for somebody who offers us free items and parties. Big Industrialists understand this well and tempt innocent people to use their free schemes. Little do they understand that their love for free items in the long run can hit the industry. Customers will shift loyalties and other players will run into losses and eventually exit the market. Then this player will raise tariffs and dictate terms which might not be in the best interest of the consumer. The Regulatory Authority despite knowing this didn’t take any action leading to multiple bankruptcies in the industry. The innocent consumer gets tempted time and again towards freebies specially if given around the time of demonetisation. We must realise that in life There is no free lunch.

Customer Loyalty: In the last decade consumerism has changed and loyalty has moved more towards content providers like Facebook, Whatsapp or smart phone providers like Apple. Customer is ready to shift their loyalty to another telco with cheaper tariffs. Data & Network sim belongs to which company is not that material anymore. Therefore, people with multibillion dollar investments in telecom need to understand this pattern.

Big Dreams: Vodafone took a global dream and proved it too. We must also realise that bigger the dream, bigger the risk associated with it. Mistakes on debt management, tax avoidance, customer service etc will be part of this.

Now what will happen if the situation is not corrected?

Reaction from Business Owners & MNCs: Birlas (Vodafone Idea) remarked “If we are not getting anything, then I think it is end of story for Vodafone Idea. It does not make sense to put good money after bad. We will shut shop”. Nick Read (Vodafone UK) said that Vodafone Plc may head for liquidation of India business if the government does not ease spectrum fees.

Loss of Investors’ faith in India as land of opportunities due to matters listed above might happen.

Big blow to Telecom sector including multiple service providers & suppliers. Bharti Airtel & Vodafone Idea are sitting on mounting losses, Reliance Communications (already bankrupt), a number of suppliers including companies like Duraline whose names don’t appear in the news are being adversely impacted by this disruption. Idea merged with Vodafone and Tata Docomo with Bharti Airtel. The number of telecom operators has now reduced to about five from a peak of 15 in 2012 (Crisil report). The telecom sector moving towards an oligopolistic structure, with three or may be two players soon accounting for more than 90 per cent market share, might pose new challenges.

Big blow to Banks: Total Sanctioned Facilities worth Rs 49,466.43 Crs from Banks (CARE Ratings) is a matter of concern if the company goes for liquidation.

Oligopolistic Competition: This roller coaster ride has resulted in losses in excess of one lac crore in the last three years, the industry has consolidated, with the top three players - Vodafone Idea, Bharti Airtel and Reliance Jio - accounting for over 90% market share in revenue terms.

Industry in a few hands can have its own consequences like Collusion among the service providers for example OPECs control on crude oil. Price Fixing can lead to sudden jump in prices and lesser choice of products to the customers.

Impact to Consumers: Collusion among existing players can begin and they can work further to reduce competition & increase profits for themselves. OPEC is an example with regard to crude oil prices and one reason why different countries want to explore alternate forms of energy. Price fixing is another problem faced in Collusion.

Lack of competition often creates a lack of innovation leading to lack of investments in the economy. Companies can add fees and charges because there is practically no competition like Reliance Jio has recently increased their tariffs by 40% and even if this figure goes to 140% in the coming future then we will have to accept it. That is why the presence of this economy should be watched carefully by the Regulator since it can do as much harm as it can provide for the common good.

In oligopoly, the companies know that customers have no choice but to work with them to have their needs met. Lesser desire to provide excellent customer service or a quality product because no competitors exist to challenge them. It’s like a ‘Take It or Leave It’ situation.

In Oligopoly, the government typically tries to subsidize the firms in that segment to encourage continued growth. The firms inturn tend to keep bulk of these concessions with them and not pass further. For example, Intel (US) receives almost $4 billion per year government aid and Boeing received $13 billion. In 2013, Boeing received the highest tax-break in the history of the US under the threat of moving the company to a different location.

Impact to the stake holders (employees, suppliers, investors): Company, if shuts down then it may lead to further unemployment, less work for suppliers and stricter supplier agreements by companies like Reliance Jio. 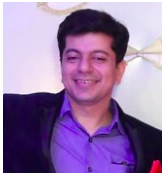